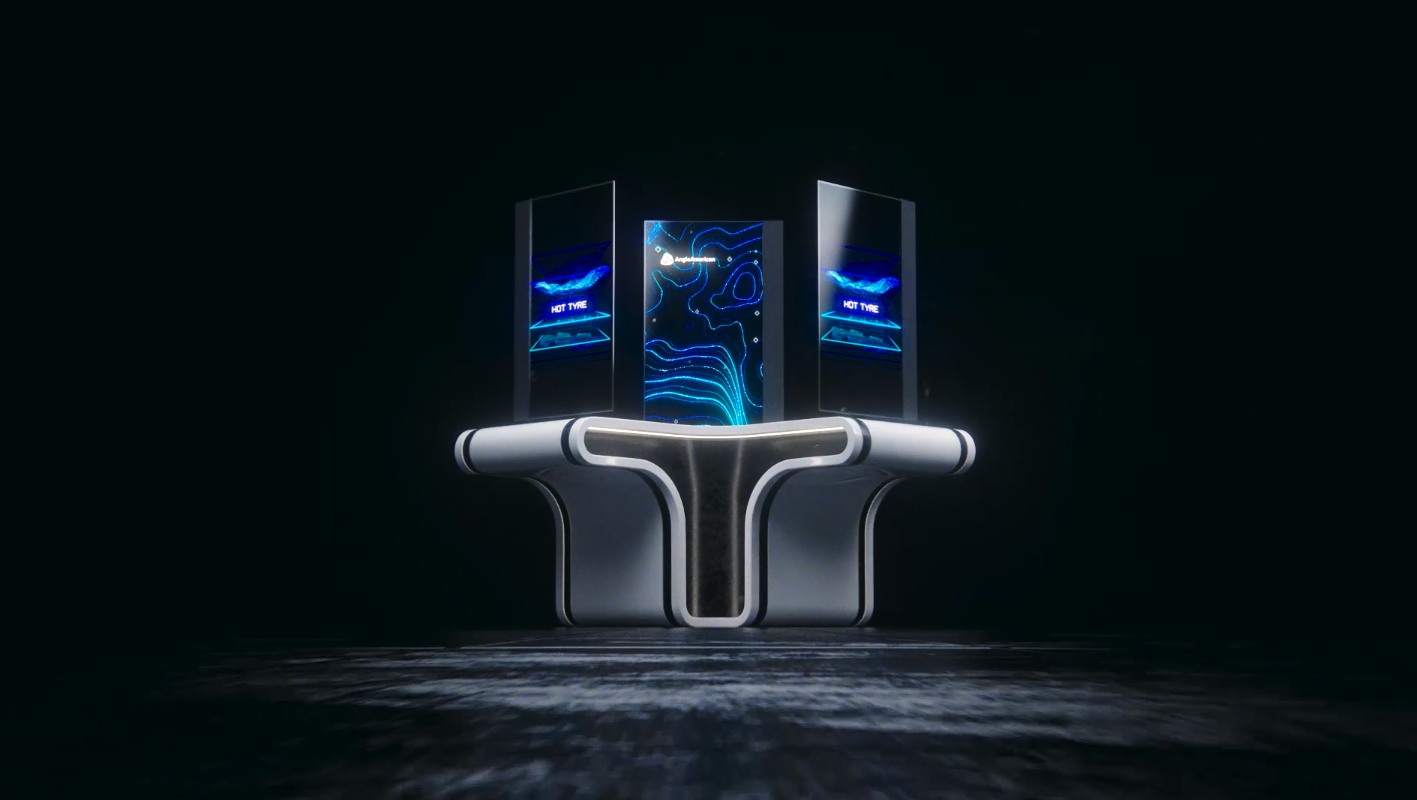 T&DA was approached by Anglo America to conceptualise and create a bespoke showcase for a conference that they were the main sponsor for.

As the company is quite Tech savvy, they envisioned holograms to showcase a ‘Tech Hub’ that represents their built-software that reads the data of the tasks their operators and machinery-undertake to determine if it’s safe or not.

With real hologram technology only conceptualised and in the nascent stages of development, our approach to creating a consumer facing and compelling hologram rests on utilising existing technologies to mimic the look and feel of those that we see in Hollywood blockbusters.

Utilising the latest in transparent display technology we are able to design and fabricate large display units that resembles something out of a Science Fiction film set. Using a large scale 3D printing machine, made by Studio Kite, we were able to print our design to scale in a matter of days.

Utilising our designers and partnering with Studio Kite to 3d Print our builds, we designed an area of the booth that could show case what the future of Anglo America could like.

Given that there are numerous amounts of data, we presented this data in interesting ways applying motion and UI design via our sister company New HollandCreative.

Our end product was a true highlight of the show, being something of a never seen before experience, where the best of Anglo America's safety procedures where displayed with the most cutting technology available. 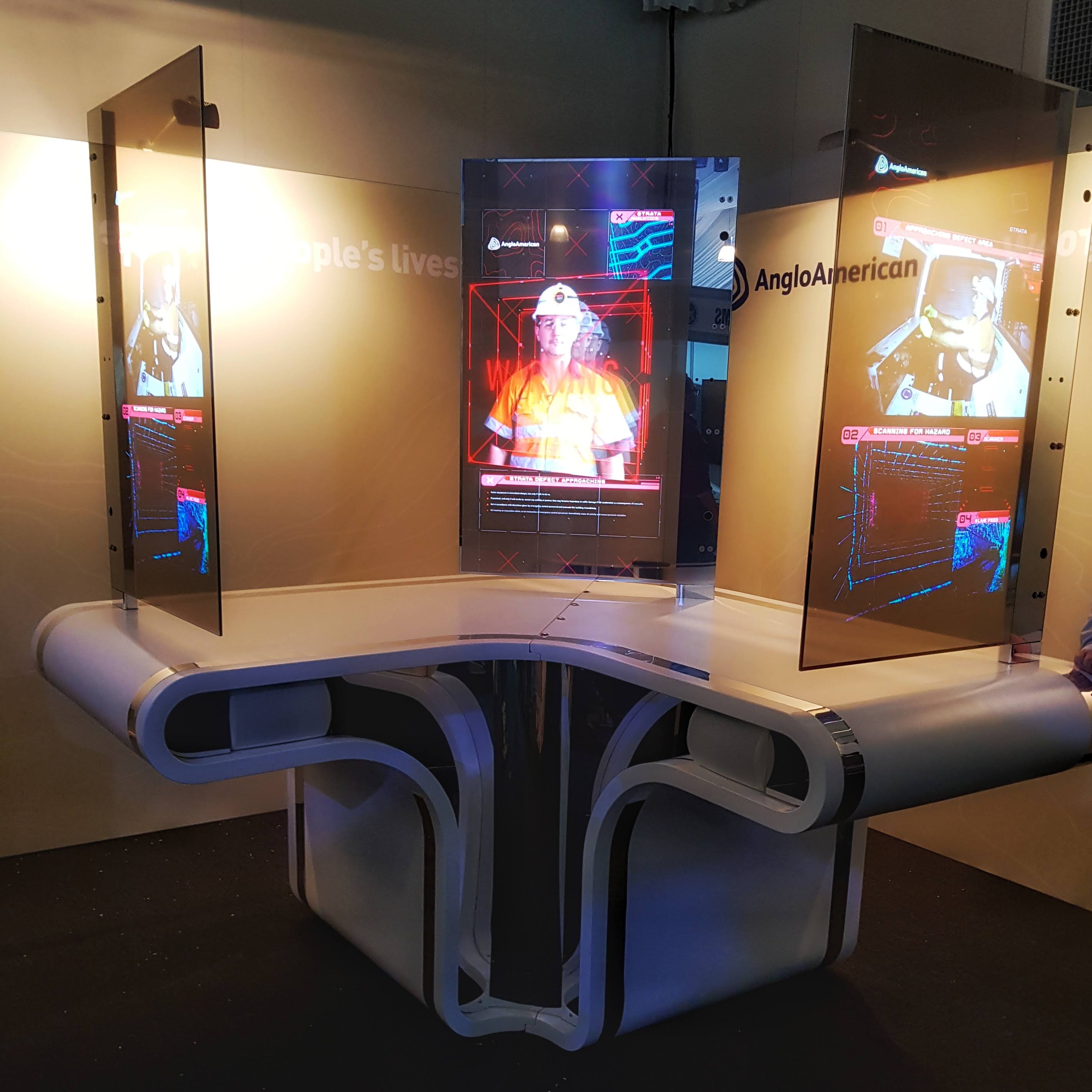 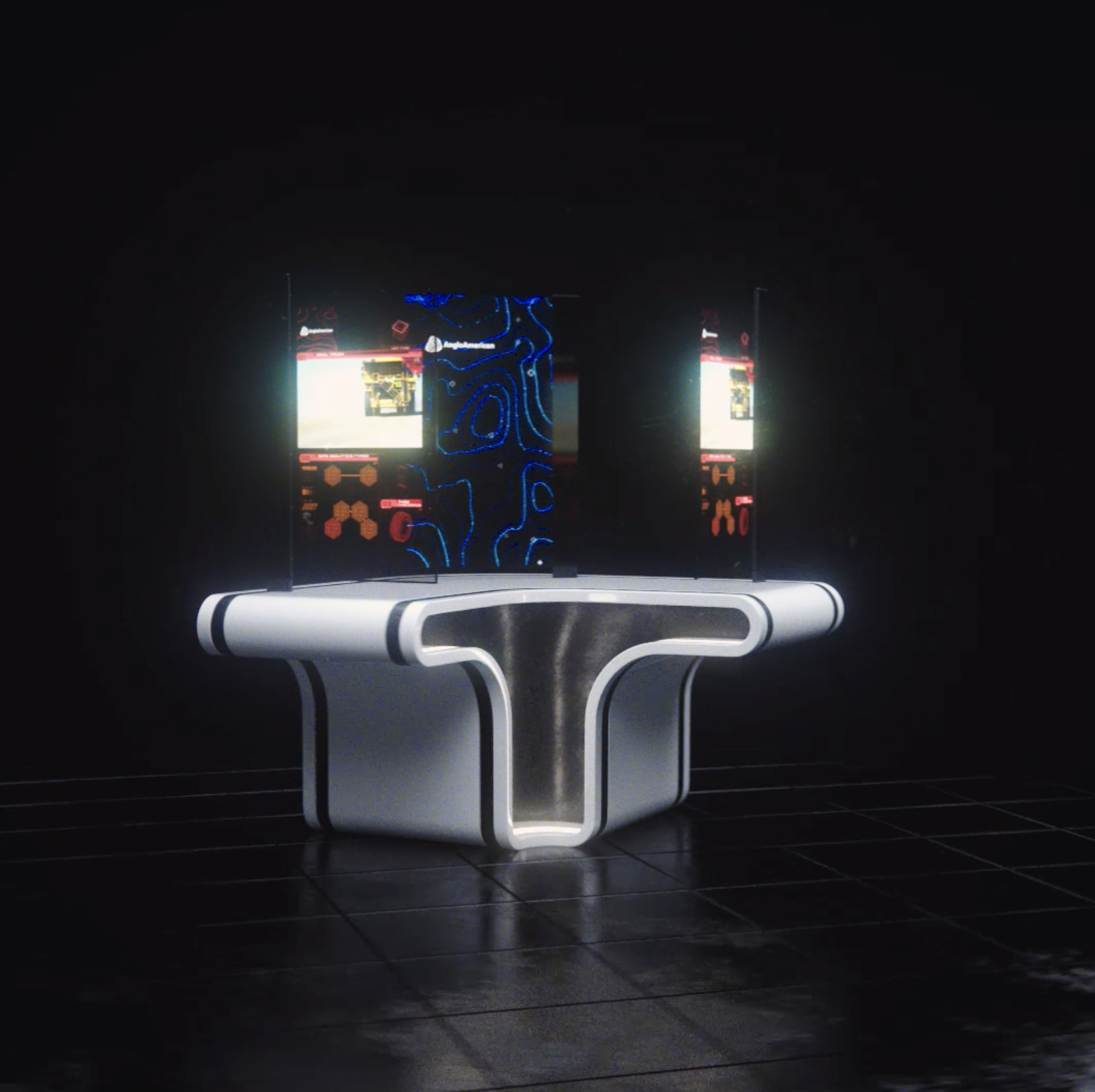