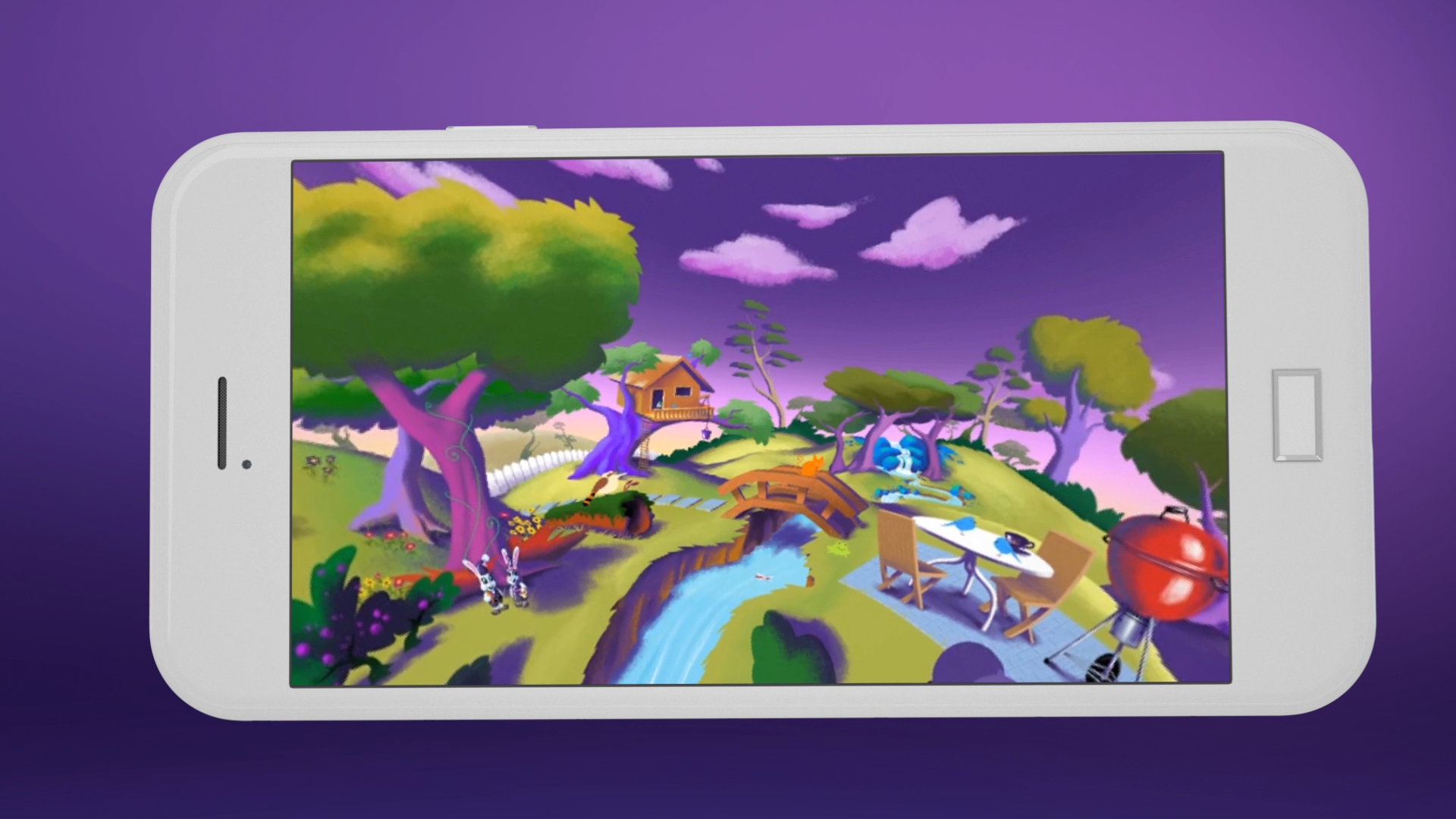 Our team partnered with Ogilvy Melbourne and Cadbury to create a unique user experience for Facebook live.

Using broadcasting software to communicate with the Facebook Live API, Alt combined traditional 2D animation with emerging technologies to produce a live 360º easter egg treasure hunt that ran for an hour on the Cadbury Facebook page. Users could scroll around and explore the virtual environment, with eggs appearing for a short time in various places. If they found one, their comment was logged and they received a unique prize pack from the Cadbury team.

Creative Director of Technology Raymond Leung explained some of the technical aspects of the project. “We tested optimum data Bit-rates for a smooth, uninterrupted stream and with minimal delay. Completing the work over 3 states – (Streaming from Sydney, Artwork done in Brisbane, Social media team in Melbourne) – we were able to offer users a very unique and fun experience.”

Renowned illustrator Harry Gold completed the animations and artwork in separate transparent elements which were then laid into a three-dimensional scene. This was then rendered out as an equirectangular image (360 Panorama) and served as our base layer. Because of the inherent amount of distortion in an equirectangular image at the zenith and the nadir (top and bottom) the image was then converted to a cube map (where the 360 image is projected onto a cube) so that our illustrator could create the top and bottom in a standard rectilinear format. After the this was completed it was then converted back to a equirectangular image to complete our final image.

“Bringing 2D illustration and traditional animation into the realm of VR was a fascinating challenge. It was great seeing it come together,” said artist Harry Gold.

To complete the project we needed to provide 30 different places to hide the eggs. Once these locations were chosen, an overlay image was created to mask the eggs behind trees, bushes, bridges etc. Each of the eggs where triggered on and off manually when an audience member had discovered an egg.

Executive Producer Tyrone Estephan: “When this project came to us, we had to solve a lot of technical challenges to make it happen, which we love. Interacting LIVE with over 200 thousand people across a 1-hour social media live stream, whilst having those people explore a 360-virtual environment, pushes the boundaries of future creativity. We also love how we married this new world tech with old school 2D traditional animation. We will see this Interactive Live Stream VR thing happen a lot now, and our team were very happy to collaborate with Cadbury on a social first!” 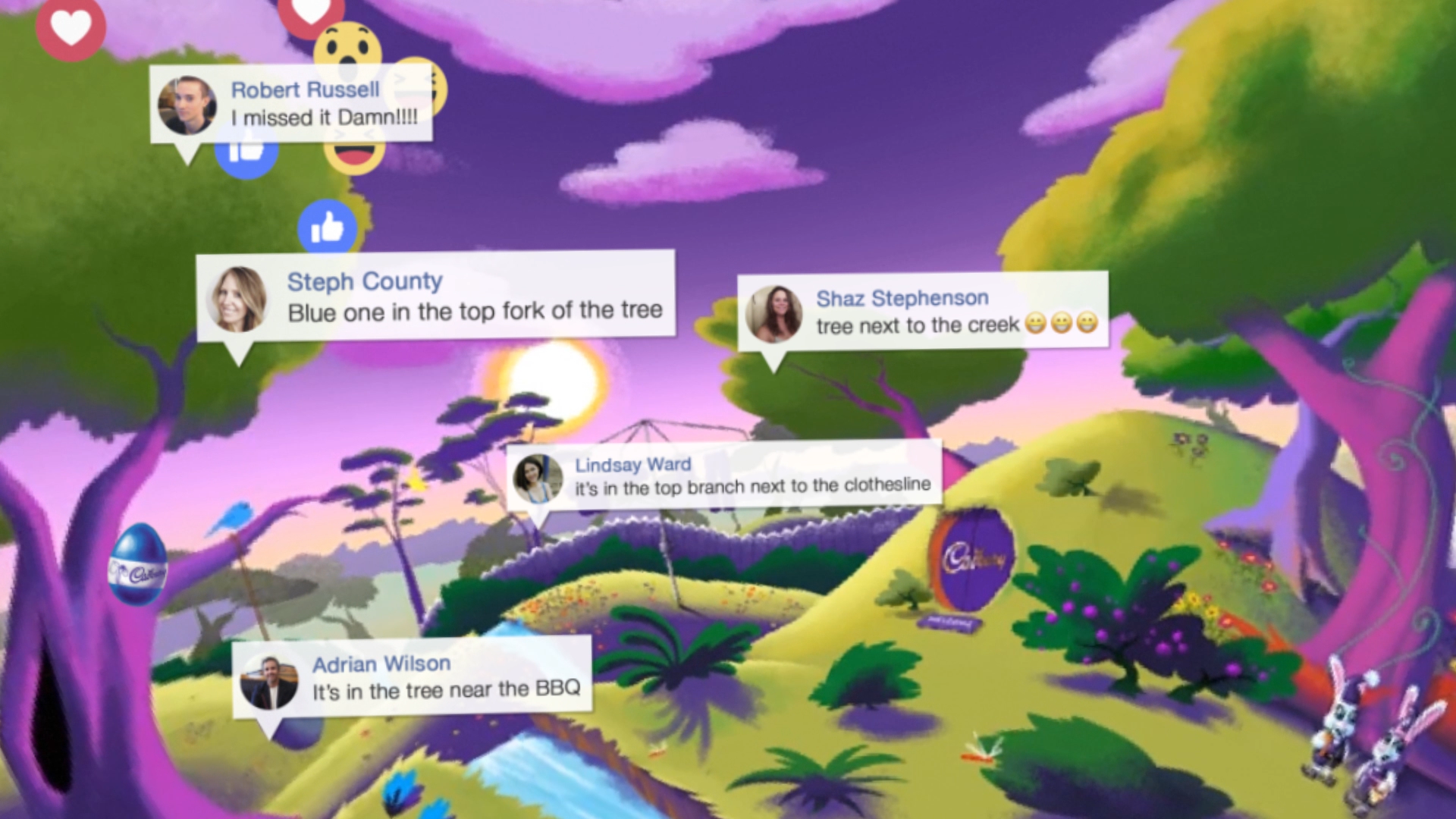 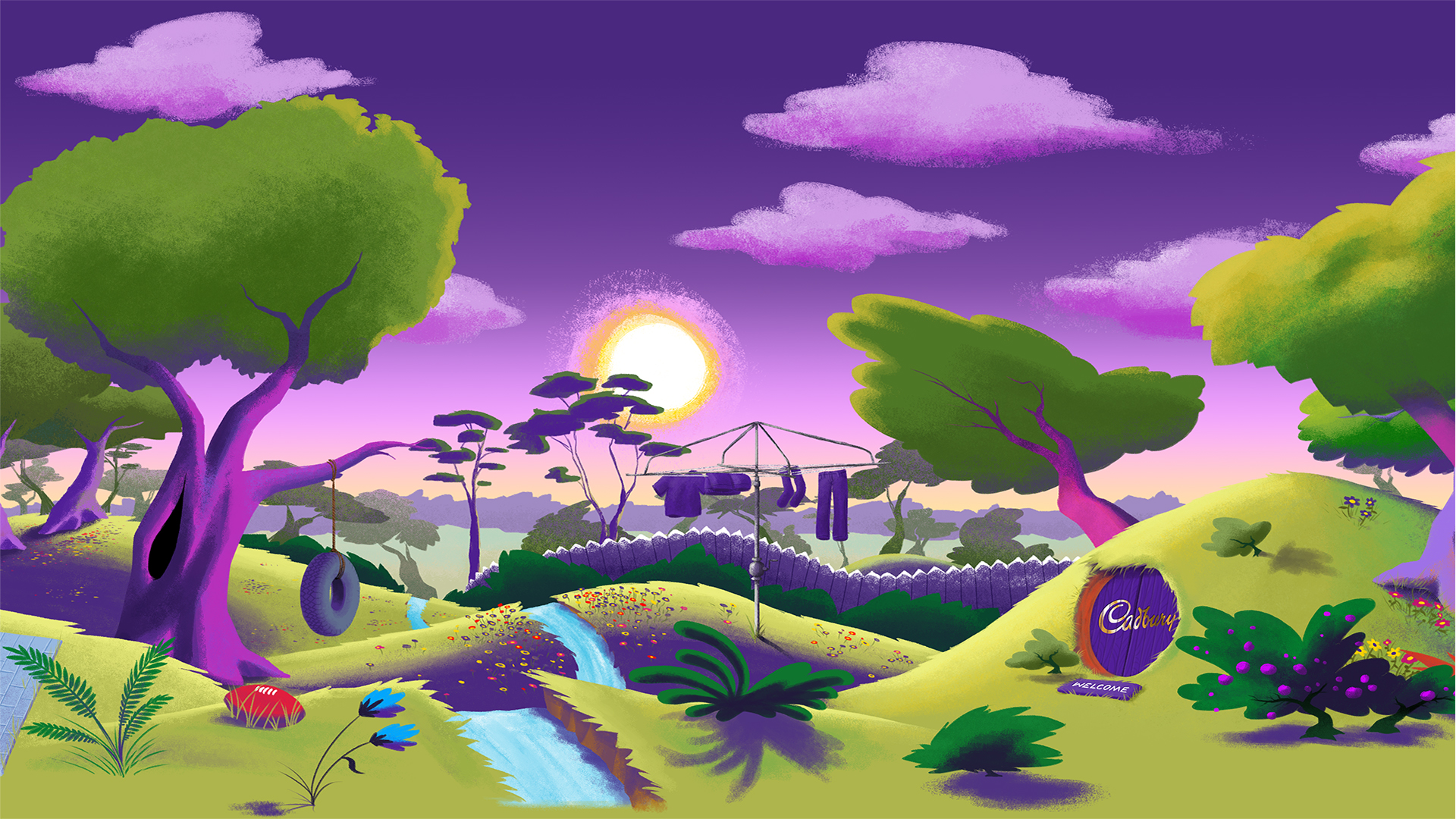 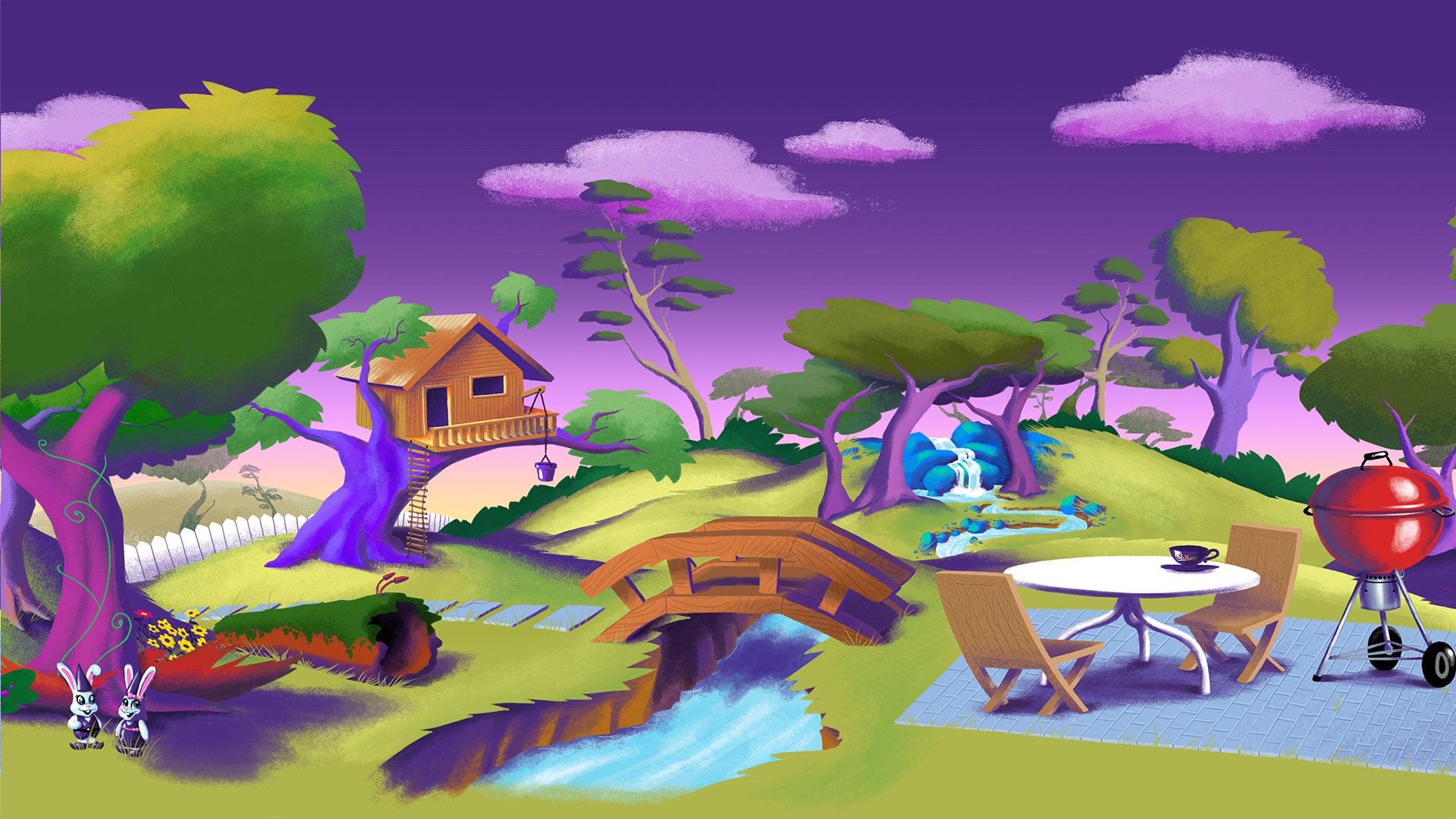