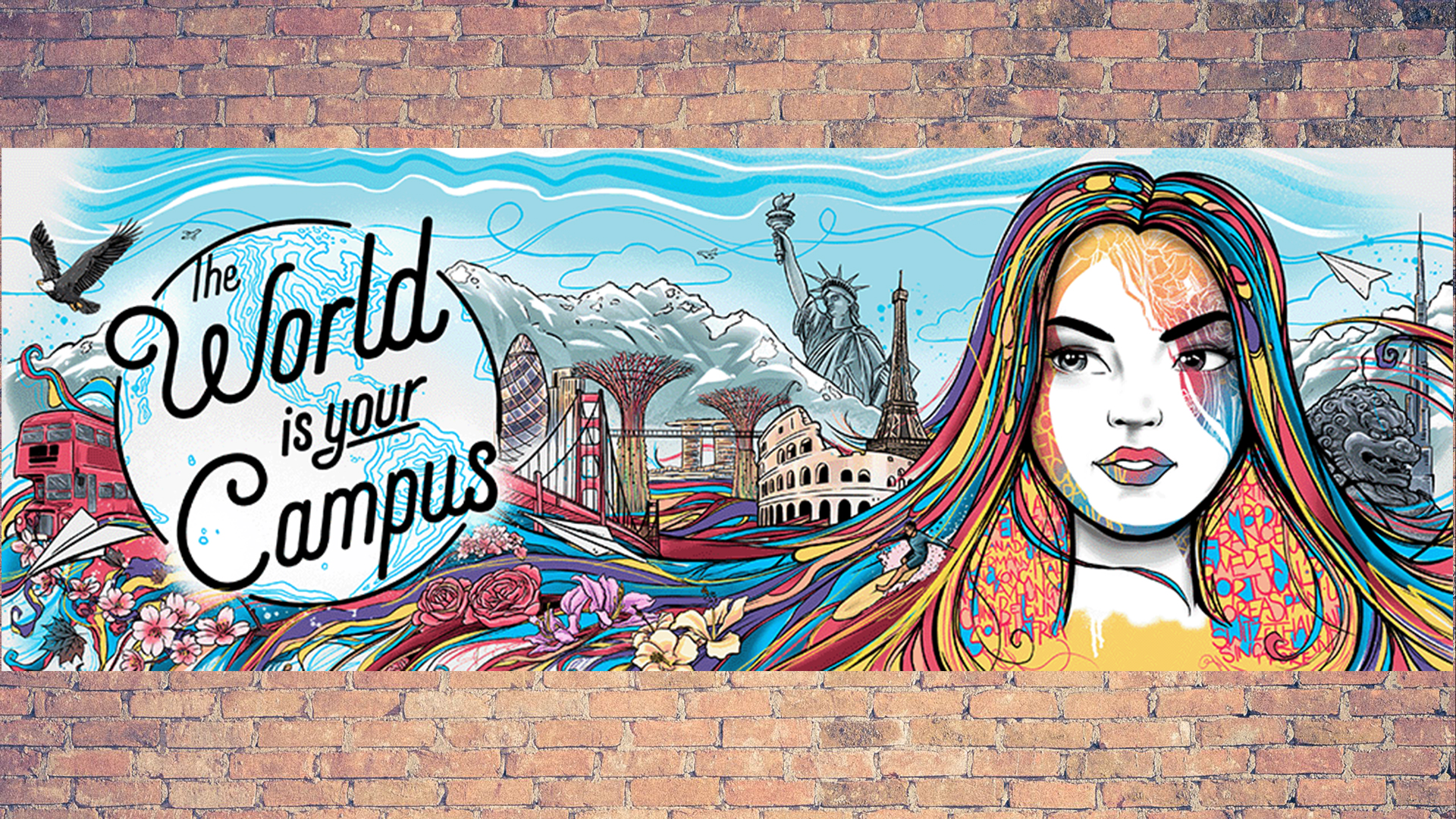 This AR effect brings a mural on the Curtin University campus to life, communicating that students can study abroad at participating campuses.

The world facing camera effect enables the elements of the mural to come off the wall and reveal themselves around our user like a 3D collage of passport stamps, luggage stickers and 3D landmarks.

When the user switches from the world camera to the front camera we augment the user with digital objects representing the regions in which they could study in or even turning them into the graphical style of the mural.