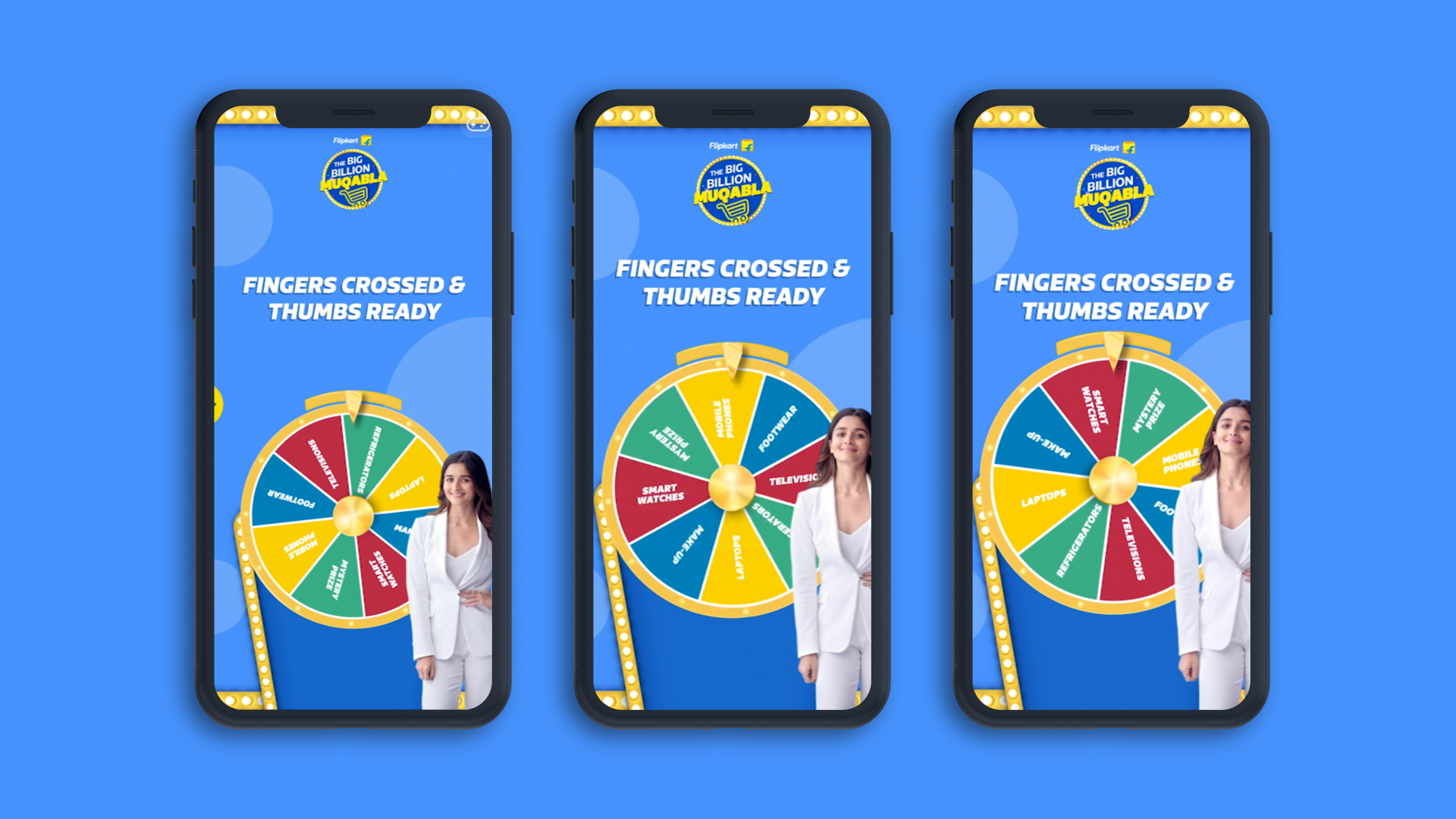 Using Facebooks HUB BUB code platform T&DA's web coders developed a game that allowed users to connect multiple phone devices, to not only share screens but make on larger screen. Our idea was to create a game show with multiple screens that allowed users to be contestants in a game show, with prizes raining down which users could work as a team to compete with other teams to see how many prizes they could collect in their shopping carts.

Users were able to send messages to team members via emoji's. Also famous Indian celebrities would help users navigate through the experience.

This was a promotional tool used in India's Big Billion Muqabla. An event like Black Friday. 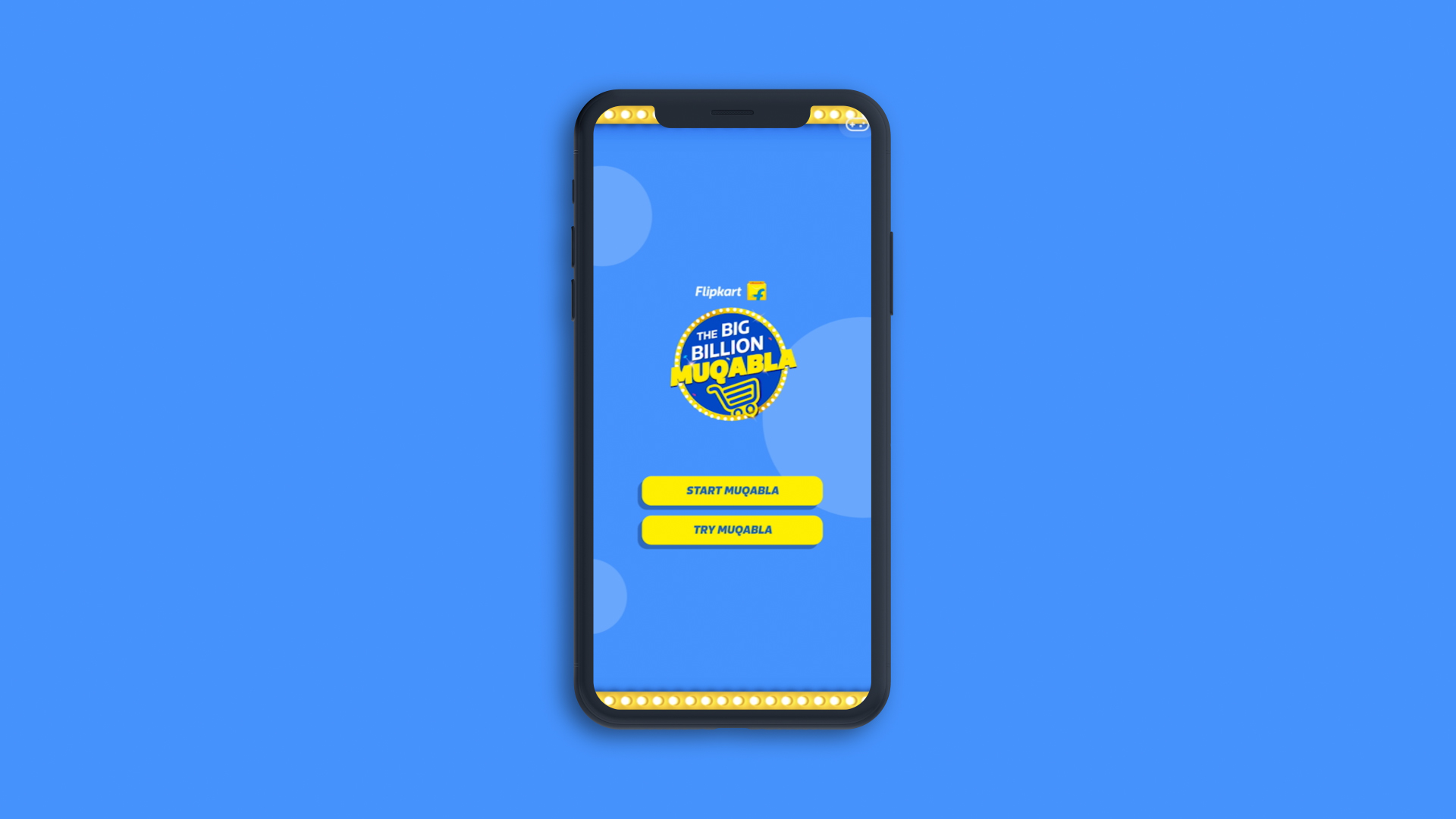 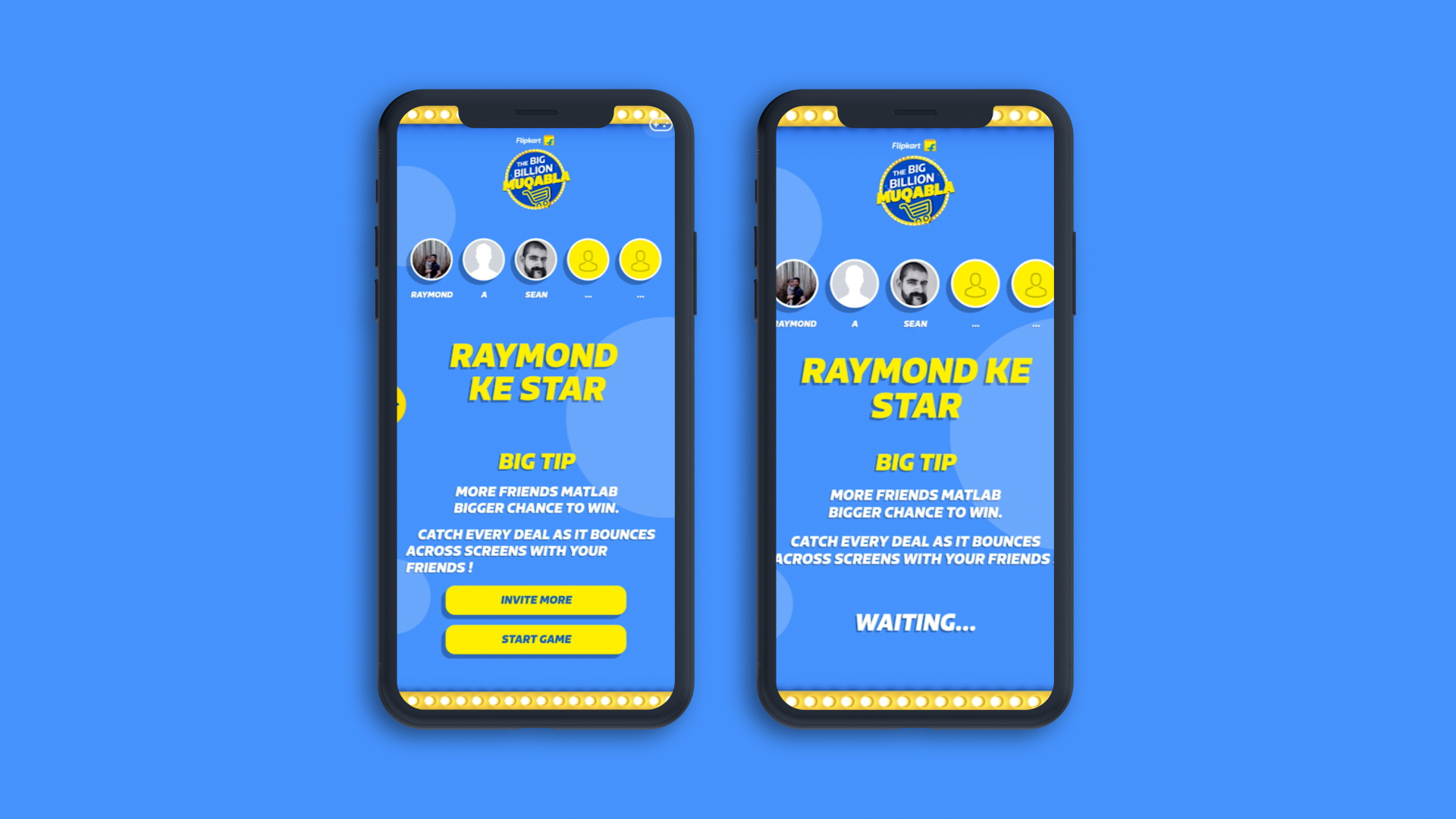 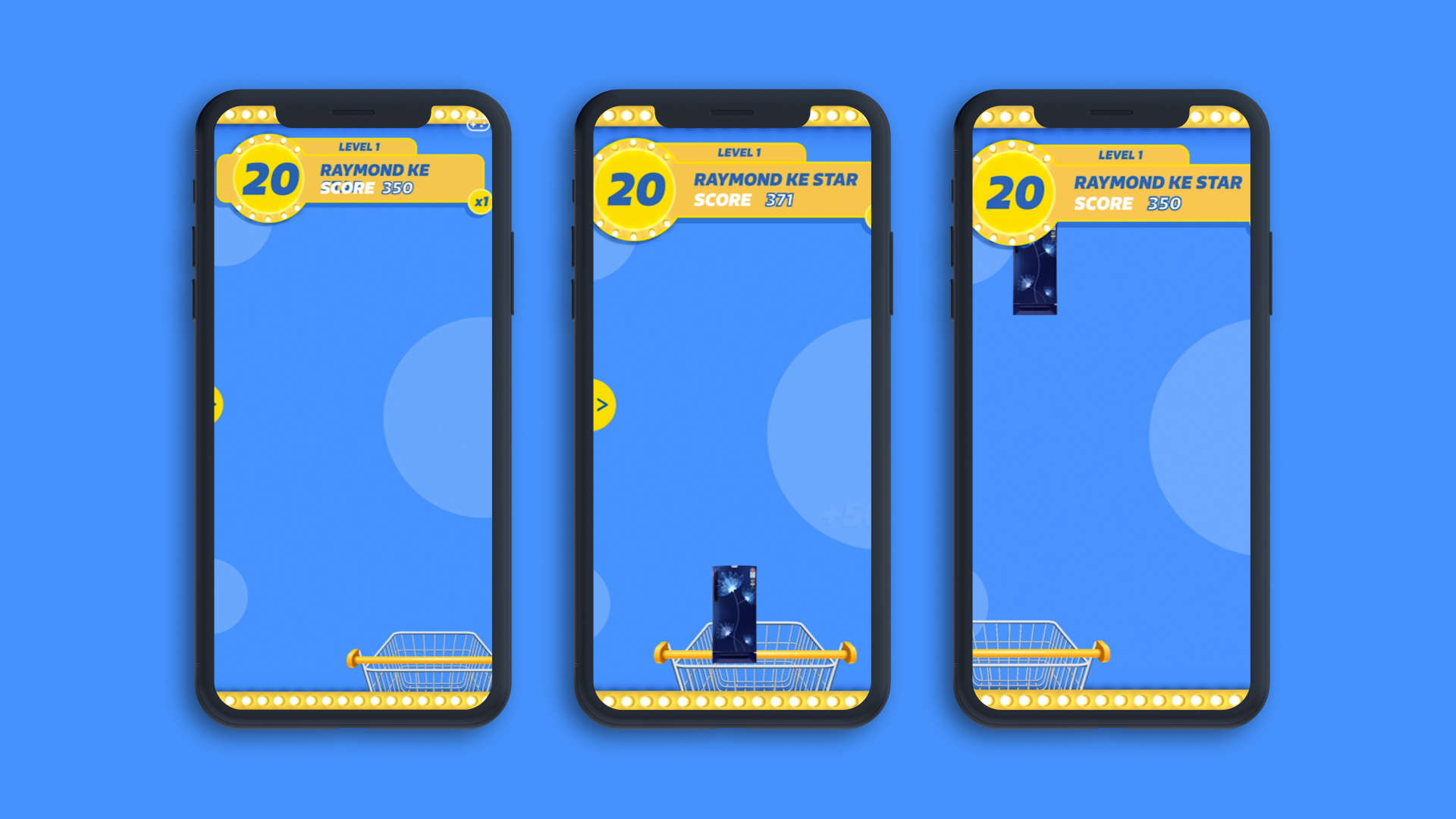 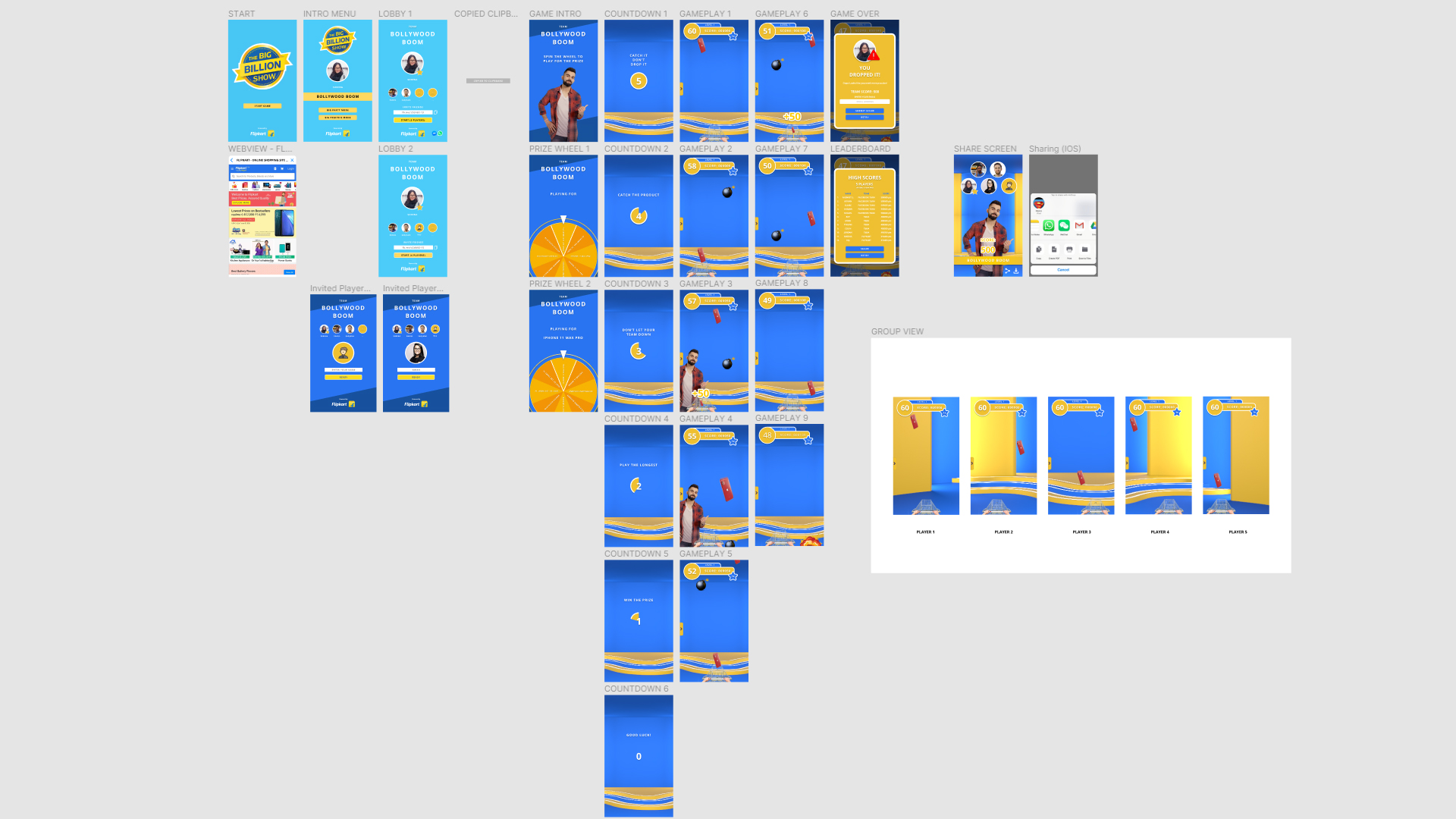