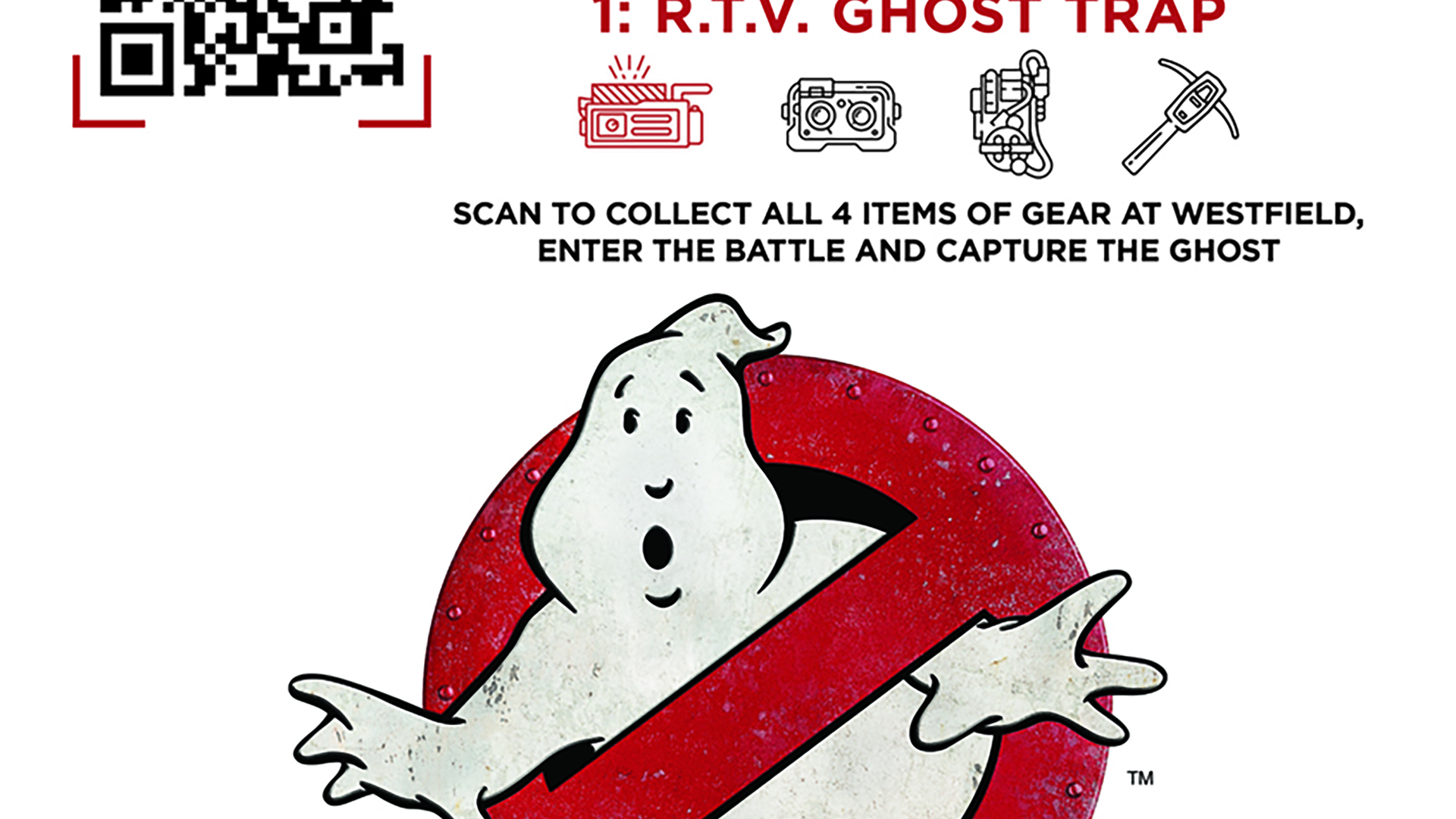 In collaboration with Sony Pictures & Code on Canvas, T&DA participated in this AR experience for Westfield promoting Ghostbusters: Afterlife.

T&DA's idea was to create an AR treasure hunt where the user collects Ghostbuster's equipment, and once collected they are able to battle a ghost in store.

First users scan various QR codes around the mall to collect various pieces of Ghostbuster equipment. When collected, the 3D item will pop up on the users screen.

The four pieces of equipment available to be collected are the Ghost Trap, PKE Meter, Proton Pack, and Ecto Goggles. Each piece of equipment collected will assist in the ﬁnal battle with the boss at the end of the experience.

Once items are collected, users work together with other players to trap the ghost. Hold down on the screen to ﬁre your proton beam onto the moving ghost. Players that have recently collected all equipment will help join in your boss ﬁght and weaken the ghost. Once it is weak enough, place down your ghost trap to capture the target and win the game!

Once the ghost is captured, the user receives an official Ghostbusters licence, to keep on busting! 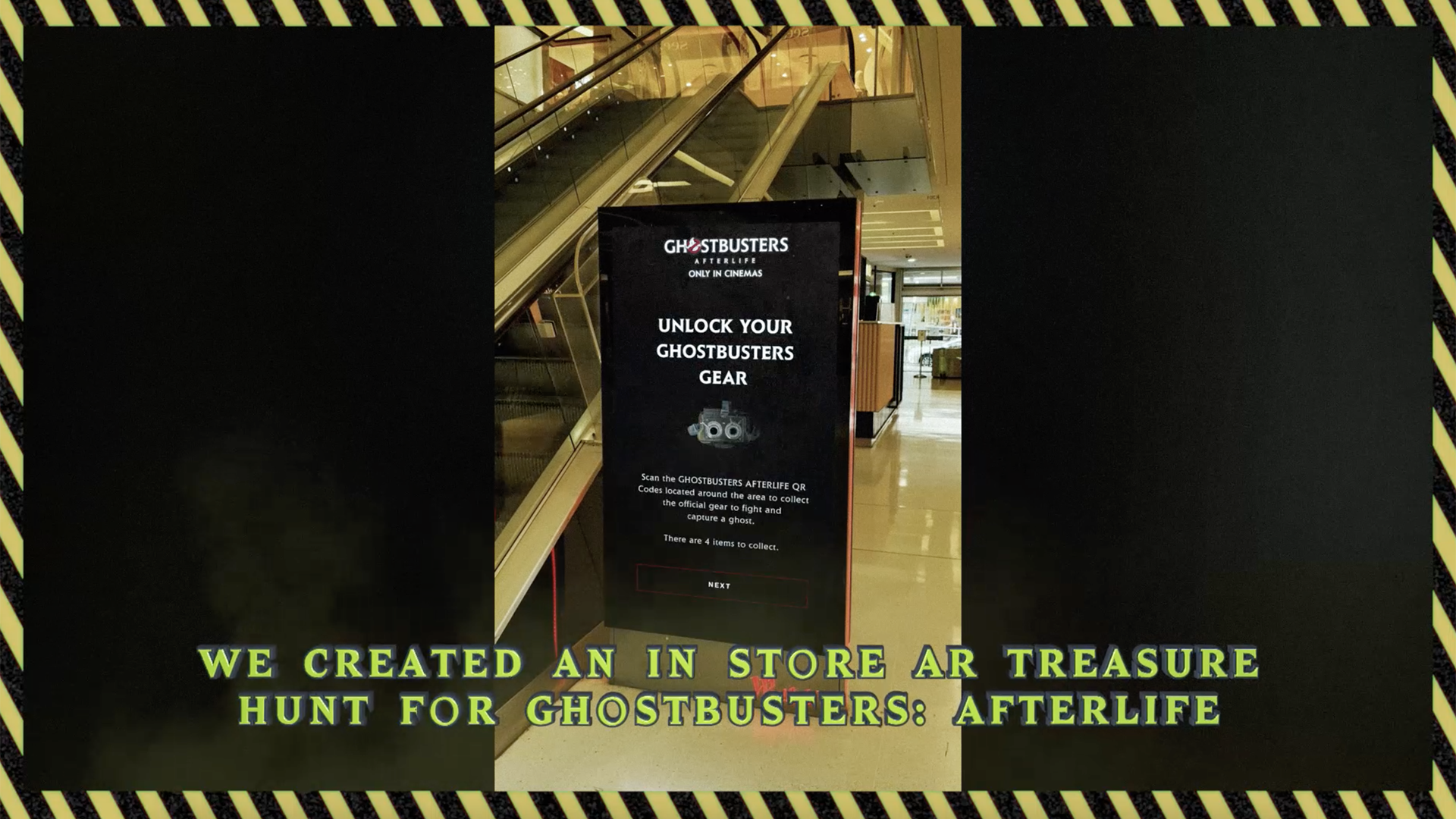 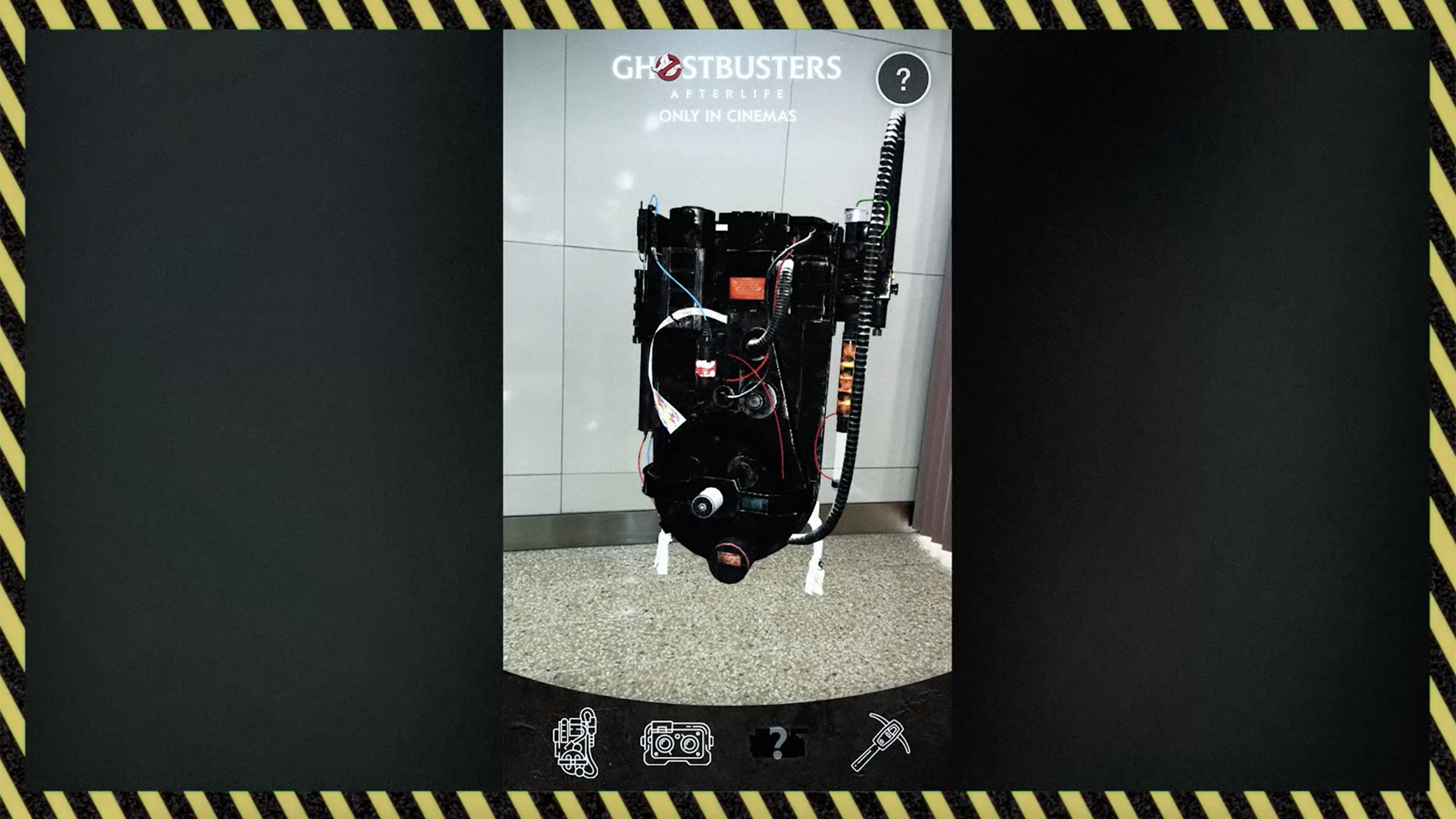 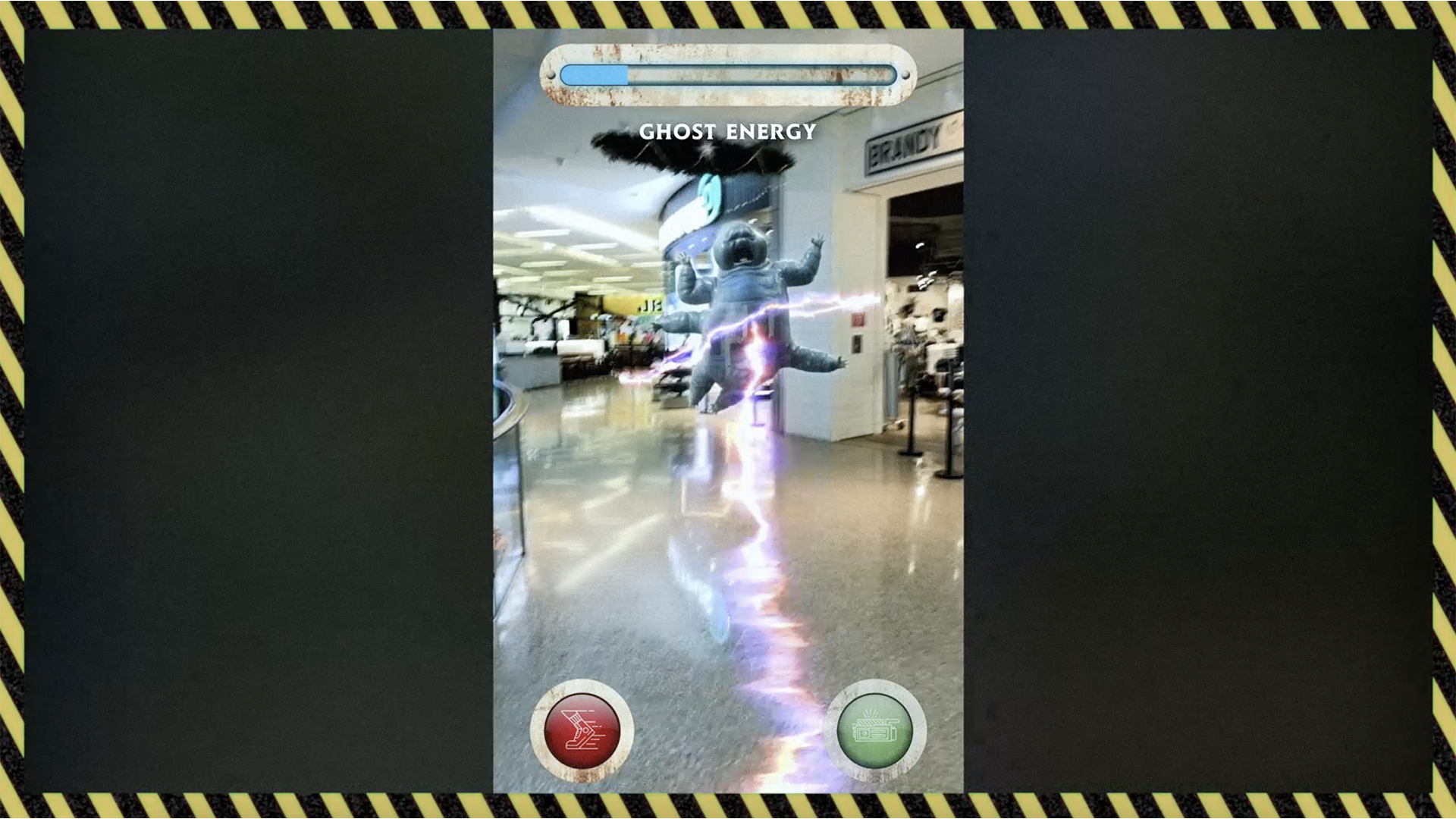 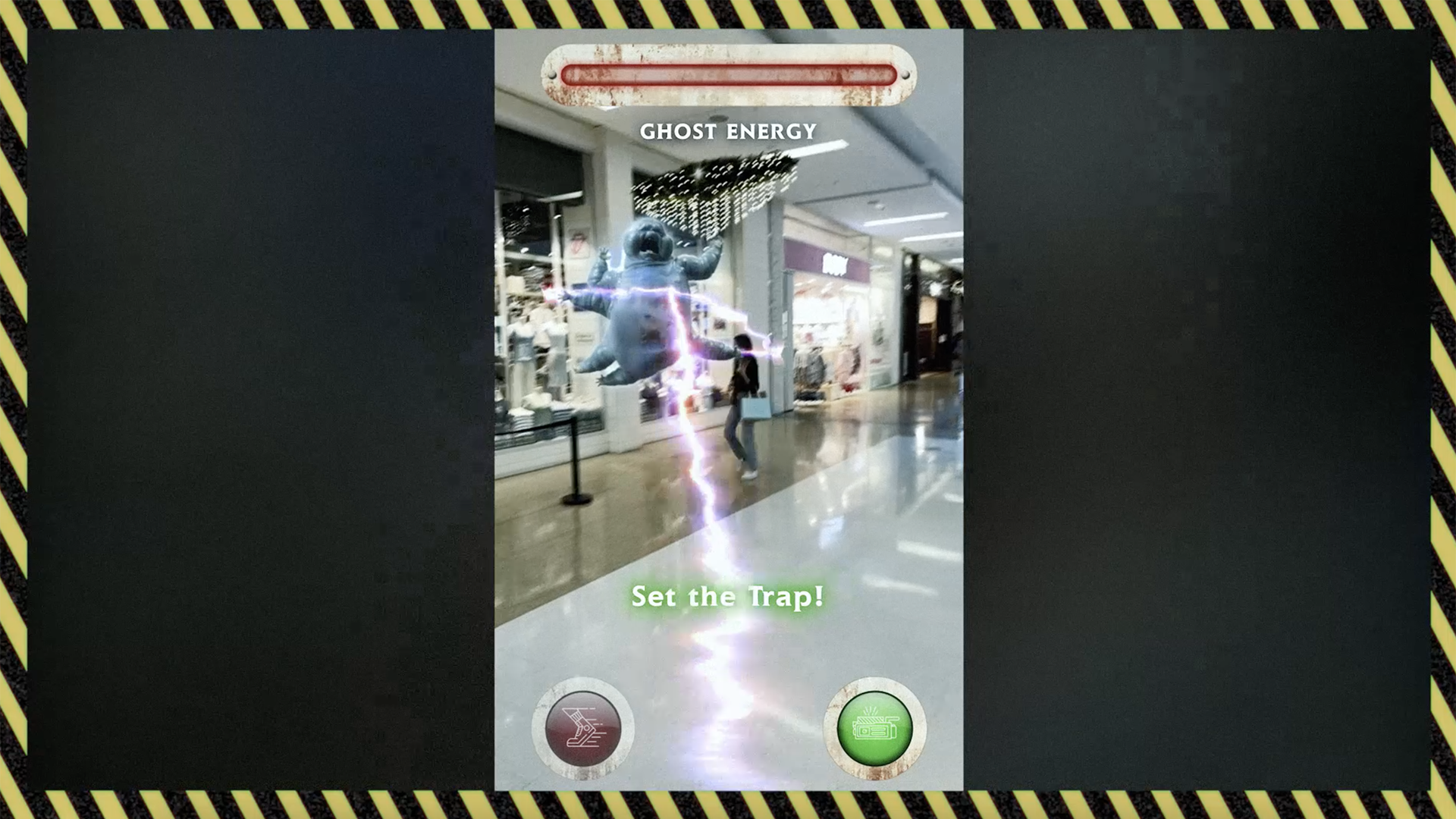